The Origin of Our Pension

A Brief History of Jesensky Pension

The building of our Pension is situated in a 120-year old park garden with a creek and a pond. It will immediately draw your attention to its unique architecture with a sun clock on the facade.

The historical building of our Pension was built as early as 1894, when the Earl Béla Lipthay, the Budapest main administrator, had it built as his summer house. At the beginning of the 20th century, a new building was added to accommodate a kitchen, some storerooms and rooms for the staff. After 1945 the villa was nationalized, and until 2007 it was used as Janko Jesenský School in Nature. After that it underwent a major renovation and in 2014 it became a tourist hostel. Jesensky Pension of bed&breakfast type started two years later.

At present our Pension consists of two parts –  a historical building and a new building – which are connected by a glass hallway, with a creek running under it. In the historical building you can find not only guest rooms but also a breakfast room, a  cafe with billiards, and a summer terrace from where you can admire the Lomnicky Peak and magnificent sunsets. The new building was put into service in 2020 and it houses modern rooms.

Some facts and figures about the Pension 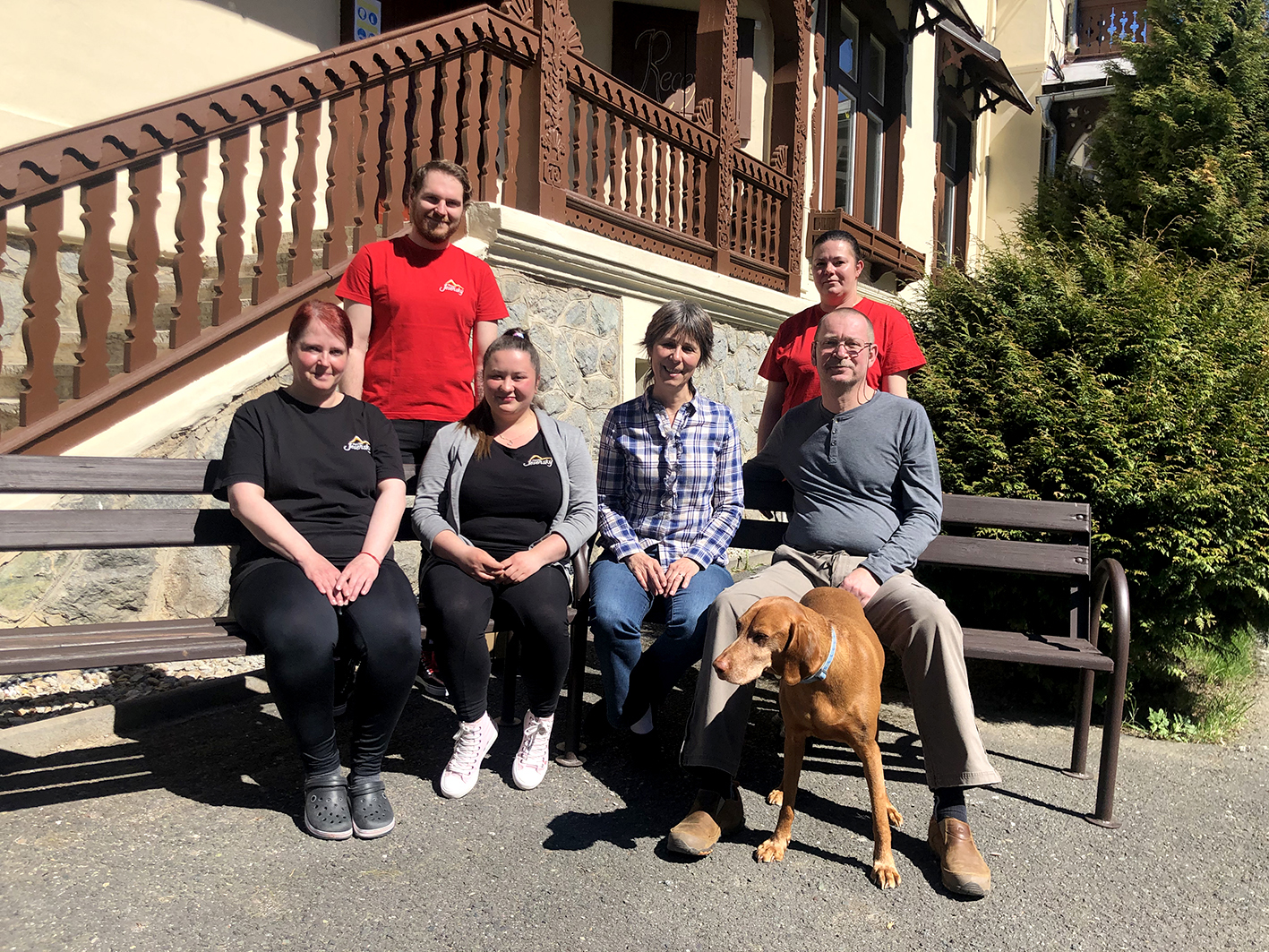 We keep our place with a family atmosphere

We pride on family atmospere in our Pension and therefore our guests like coming back. We like to meet new people like you, to listen to your stories, and we are happy when you have good rest and fresh ideas come to you. Members of our staff are already looking forward to your visit.